What Are Hair Receivers? 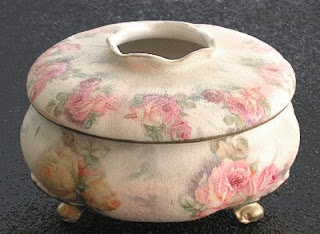 Bedroom and Bathroom Glassware and other Vanity Accessories are amongst the special vanity collectibles in my collection. Quite the most frequently asked question I receive on these items is "What are Hair Receivers?"

Well, as the name suggests, they received hair!

Dating from Victorian times through the early 1950s, hair receivers were a fixture on the dressing tables of most fashionable ladies. They were designed to hold hair that was removed from hairbrushes after vigorous brushing, and they resemble vanity jars or powder jars, but with the distinctive feature of having a finger sized opening hole in the center of the lid.
The comb would be run through the bristles of the hairbrush and the resultant hair accumulation would be coiled around a finger and then inserted into the opening of the hair receiver.

The uses of the hair was varied, but most frequently it was used in the creation of RATTS (aka rats) These were sheer hair nets that were stuffed full of the collected hair and then sewn shut. The ladies' hairstyles of that time were fashionable buns and other "big hair" arrangements. So ratts provided a "stuffing" to enhance these hairstyles!

In addition to this use for the hair kept in hair receivers, ladies also used the collected hair for a variety of other things, including as stuffing in pin cushions, for which the oiled and scented hair of that time was well suited, as it lubricated the pins, making them easier to use.
Small other cushions and pillows were also frequently stuffed with hair instead of feathers.

Hair receivers are made from a variety of materials including glass, metal, wood and ceramics, with the most notable ones usually being made from porcelain. They were produced in a range of styles, some flat, some footed, some square and most round in shape. Production appears to have been mainly European (The one at the top of this page is by Royal Bayreuth), and we have also found many Japanese hair receivers, including beautiful Nippon ones, like these: 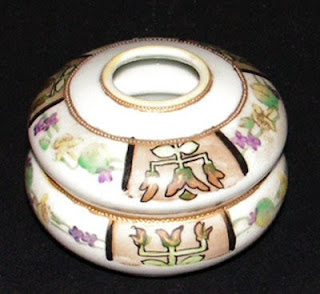 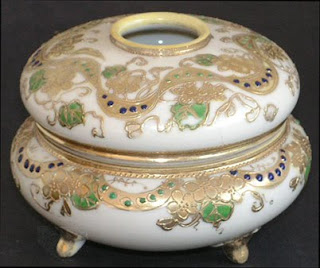 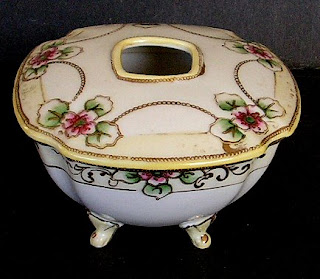 My personal favourites are the exquisite jasperware hair receivers made by Schafer and Vater in Germany, like the ones pictured here. 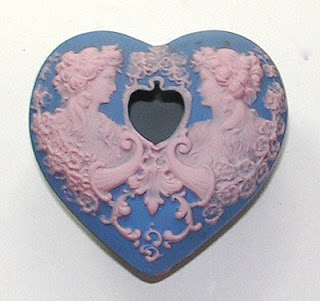 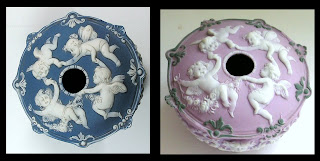 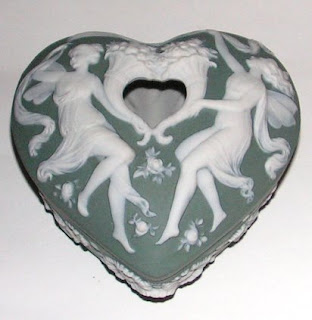 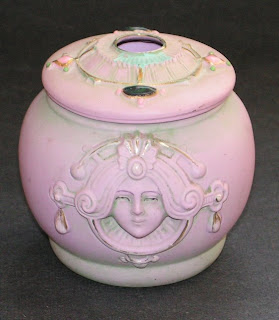 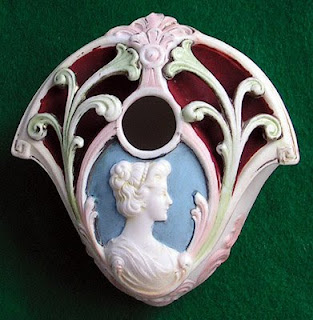 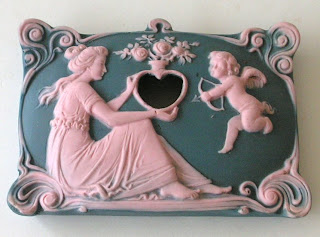 Here are some other Bavarian Hair Receivers: 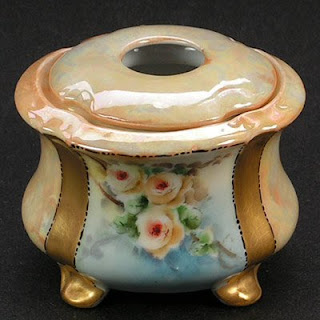 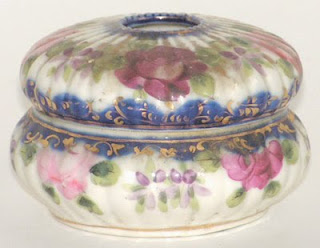 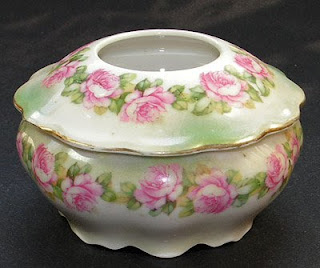